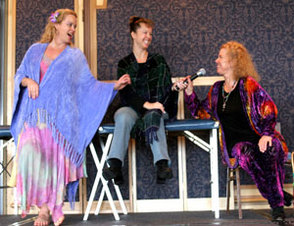 Energy Medicine is the new “buzz” term in alternative health care and is used to describe a myriad of healing methods. There was a time growing up in San Diego, however, when we recall having to explain in detail what our mother did for a living. Our mother, Donna Eden, author of the best selling book Energy Medicine, has been at the forefront of the alternative medicine movement since the early 1970s.

As Donna Eden’s daughters, growing up with Energy Medicine seemed very normal. Characteristic of the seventies, our mom was a hippie healer. She was on a search for self and for a redefinition of society. She was a natural healer and emulated a talent she learned from her own mother. Growing up in the small rural town of Ramona, California, Mom assumed everyone had their own sixth sense of “seeing energies” in the human body.

One of her first jobs when she was young was as a mermaid at San Diego’s Sea World in the early sixties. This was when some of her early talents began to emerge. One evening, Mom was on night watch for one of the sick whales. New age musician Paul Horn was called in and asked to revive the whale’s spirits with his flute music. While Horn played, Mom’s natural intuition led her to massage the whale’s gums. The whale immediately responded to the music and massage. Mom’s unorthodox treatment inspired such a turnaround in him that Sea World integrated the gum-soothing into a long-lasting show with celebrity whale, Shamu, using a giant tooth brush. Later, Mom learned that she had been massaging major meridian paths that pass directly through the jaw and this naturally helped to restore the whale’s health.

Our mom was a traveler and would take us everywhere. These travels often yielded amazing revelations for her own healing journey and life work. One time, Mom noticed the native women casually chewing on Mexican Yam roots, which she learned was to relieve their menstrual cramps. She came back to the states and shared this information with a local health food store. They began to carry the root and it became one of their most popular items. They told the sales representative from one of their suppliers about it, and that company was the first to put Mexican Yam Root into capsules for use by the general public. Mom received a year’s supply of the capsules for her contribution!

Mom knew she had a calling for natural healing and for seeing energy, but she didn’t have the words to describe what she saw and experienced. Eventually, she stumbled upon John Thie’s Touch for Health organization. It was a perfect match! Soon after this, meridian tracing, Chakra clearing, and acupressure-point tapping were part of our family routines. Mom credits Touch for Health as being the structure for her later work in Energy Medicine.

Mom had a private practice in Ashland, Oregon for twenty years. While growing up, we recall many instances of knocks on the door in the wee hours of the morning. One of us would answer the door only to be greeted with panic stricken words: “I have traveled across the world to find the healer, Donna Eden, to help me with my illness!” As innocent children, one of us would normally yell back, “It’s the middle of the night! Go away!” Moments later, Mom would take these strangers in, changing their lives forever. It took many years for us to understand that part of our mother’s path is to be a healing Mother to the world.

More than 50,000 people have taken our mother’s classes all over the world. Her husband, Dr. David Feinstein, is her co-author and collaborator and regularly tours with her, as do we. Mom’s approach to Energy Medicine is fun and easy for anyone to learn and her system is both a complement to other approaches and a complete system for self-care and self-help in itself. Growing up with Energy Medicine, and with our mother, Donna Eden, was normal to us as children. As adults, we realize what a gift it truly was.

Titanya and Dondi Dahlin, are freelance writers, world class entertainers, and dance instructors. Titanya teaches and is the movement coordinator at the Eden Energy Medicine Certification Program. Dondi works behind the scenes, answering the phone and doing a myriad of other things. They both teach Bellydance and The Five Elements together at Omega Institute in New York every year. 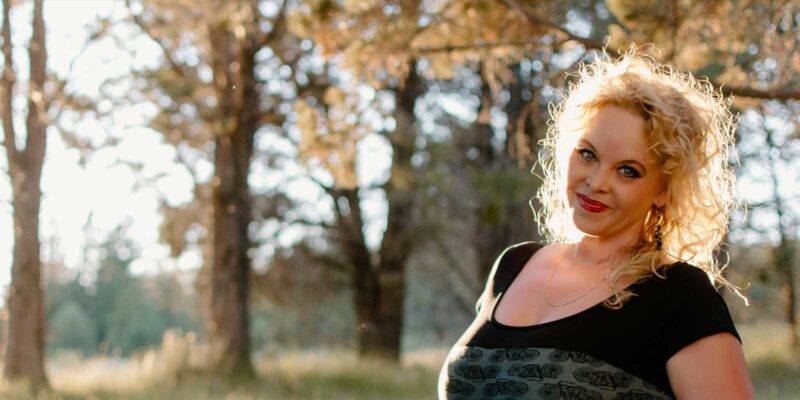 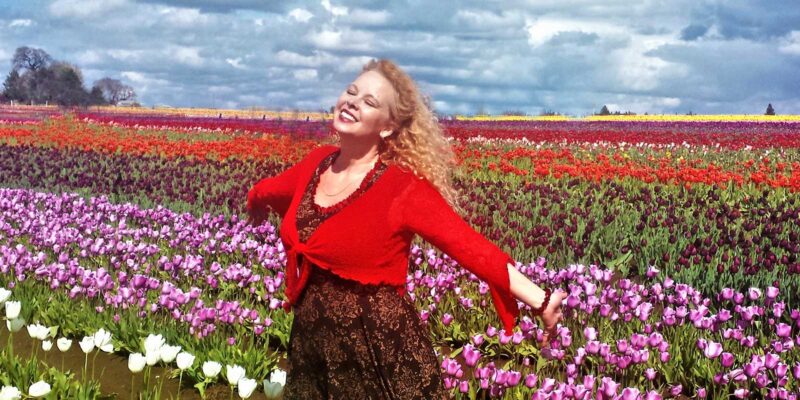 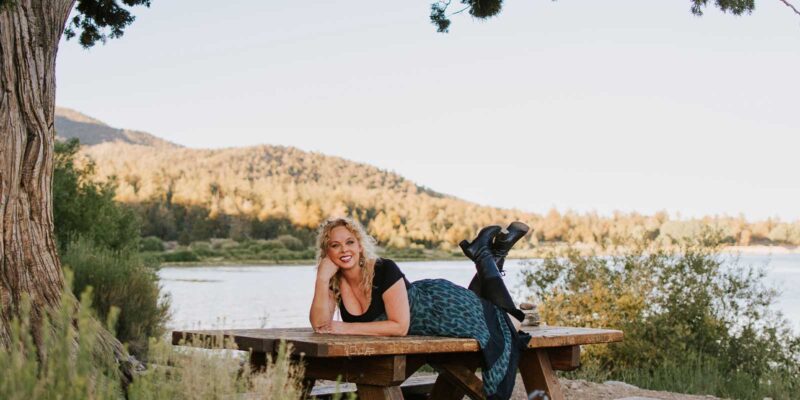